Just a tiny blue planet - with so much trouble

This is us - seen from Mars orbit.  127 million miles away (at the time this was taken in late November).  Approximately 11 light minutes for the signal/photo to reach this tiny blue planet.

If there is life on Mars that looked up with a telescope at this neighbor planet, would they even know the little place contained such turmoil?  The little intelligent beings that crawl around on the surface of this planet placed the spacecraft and camera in Mars orbit - that now points back with great clarity - at their home planet.

Sure we say this all the time when looking back from space, but we are entering a new level of problems with a certain new world leader, who I won't give the dignity of naming in this blog.  I want too keep this blog fairly neutral and aimed at science and other cool stuff, with only small hints at politics. 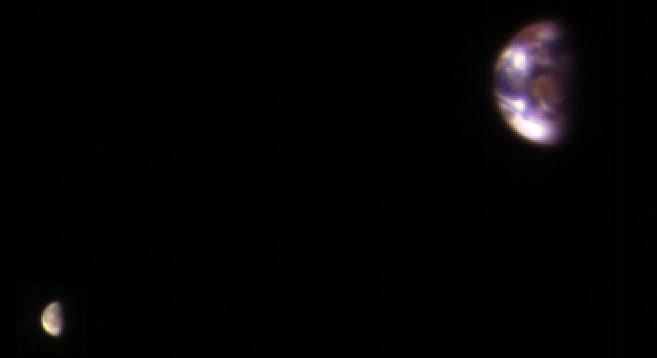 | More info from JPL site about this photo |

The Road To Endeavour